May the 4th Be with You

Morality and Ethics, Philosophy of Religion, Social and Political Philosophy May 4, 2022 Leave a comment

In honor of today’s holiday and the greatest movie saga of all time, I’m uploading a copy of a paper that I wrote for one of my graduate courses, Women in World Religions, with Dr. Lori Swick. 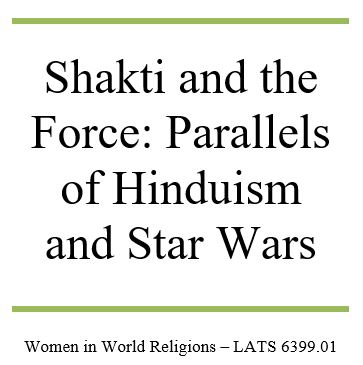 You can download the essay in its entirety here.

The philosopher, among many other things, is an intellectual historian.

END_OF_DOCUMENT_TOKEN_TO_BE_REPLACED

A Fantastic Introduction to Philosophy Video!

I have show all of my 120+ students this semester this video. Luckily for those who don’t have the textbook yet (but better be getting it soon), this video covers most of the same vital information!

END_OF_DOCUMENT_TOKEN_TO_BE_REPLACED

The FAA, Judicial Activism, and their Implications for Access Justice

But for all of this discussion about the empirical data concerning the utility and fairness of mandatory arbitration, a more serious and two-pronged, objection can be raised, one which combines the well-known concept of ‘judicial activism’ with the relatively new methodology to legal studies known as ‘access justice.’ In what follows, I will describe the Supreme Court’s judicial activism within the context of the FAA as well as its implication for access justice, ultimately arguing that the Supreme Court is causally responsible for mandatory arbitration increasingly becoming a hybrid institutional/financial barrier to an individual’s proper access to justice.

Judicial activism occurs, most broadly, whenever a judge rules for or against a particular decision based predominantly, if not solely, on their own political perspectives and experiences. For instance, instead of ruling impartially in a court case involving a relatively straightforward case of business fraud and negligence, this hypothetical judge may, instead, rule in favor of the business because he owns stock in it or they offered him a bribe or he just believes that businesses should inherently have more governmental protection than consumers.

END_OF_DOCUMENT_TOKEN_TO_BE_REPLACED

Despite the sincerity with which they are held, advocates of mandatory arbitration are entertaining demonstrably false and ultimately misguided views. For some of the aforementioned benefits of arbitration, there is significant empirical evidence to the contrary. In discussing the disadvantages of mandatory arbitration for consumers and employees, I will focus broadly on cost, flexibility, privacy/confidentiality, and finality. The advantage of time/duration that arbitration has over litigation withstands scrutiny; on average litigation does, in fact, take longer from beginning to end than arbitration and must be conceded.1

END_OF_DOCUMENT_TOKEN_TO_BE_REPLACED

Mandatory arbitration has often been praised as an effective decision to help eliminate much of the bloat occurring within the U.S. state and federal legal systems. According to its advocates, mandatory arbitration has several advantages over litigation which include (1) duration of time, (2) overall costs, (3) flexibility, (4) privacy/confidentiality, and (5) finality. The proclaimed successes of arbitration that have been derived from these advantages make it ultimately worth preserving and protecting. Advocates are thus ultimately supportive of the trend of Supreme Court rulings on arbitration.1

END_OF_DOCUMENT_TOKEN_TO_BE_REPLACED

The Supreme Court’s Current Interpretation of the FAA

From the year 2000 until 2018, there have been over 10 Supreme Court cases involving arbitration, many of which included extended discussion about mandatory arbitration. In order to better understand the evolution of the Supreme Court’s increasingly broad interpretation of the FAA, and its expanded use of mandatory arbitration, it will help to have a brief summary of the most recently decided cases and what they mean for consumers/employees. These Supreme Court cases are AT&T Mobility v. Concepcion, 563 U.S. 333 (2011), American Exp. Co. v. Italian Colors Restaurant, 667 F. 3d 204 (2013), and DirecTV v. Imburgia, 577 U.S. ___ (2015).

END_OF_DOCUMENT_TOKEN_TO_BE_REPLACED

A Brief History of (American) Arbitration

Legal scholar Lauren G. Barnes points out that arbitration initially developed among members of the merchant class during the medieval period in Europe. Arbitration then took place almost solely among members of the merchant class. Considering that merchants were often traveling between fairs, in different towns and regions no less, in order to conduct business affairs with one another, they needed an efficient way to resolve disputes that arose from their recurring economic transactions. This dispute resolution process needed to do its job quickly and “in accordance with customary norms that merchants respected.”1 As a result, an adversarial court system in which the business relationship between the two parties could be severely, even permanently, damaged would not suffice for this purpose. Rather, a non-legal, yet still judiciously warranted system would be preferable.