One Perspective on Christianity and Disability 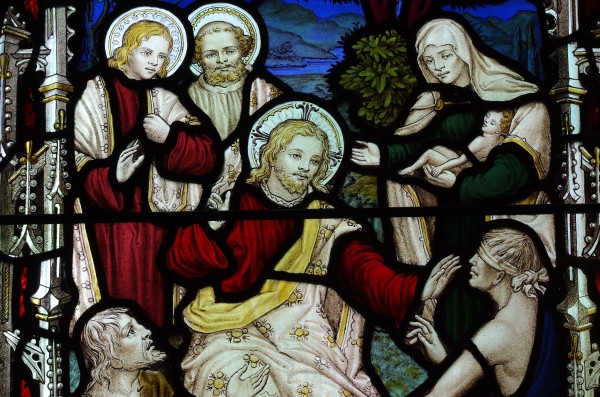 Introduction
In what follows, I will lay out some of the more problematic aspects of Christianity’s relationship with its members who are disabled. This will involve an exploration of Christian theology and a comparison with another, similarly harmful, approach to/worldview of disability known as the medical model.

NOTE: I realize that what is about to be said does not apply universally to all of Christianity or its denominations or its beliefs. But there are still people and denominations who hold to some of these beliefs or views, either directly or indirectly, and who propagate this mistreatment of people with disabilities, either purposefully or inadvertently. It it to these particular Christian individuals and groups that this article is predominantly addressed.

Theological Origins
As with many topics within the Bible, disability is presented ambiguously. There is a spectrum of possible interpretations, some of which are neutral and even fewer of which are positive. In contemporary times, unfortunately, the dominant interpretation of what the Bible has to say about disability has been largely negative treating it as: spiritual impurity, punishment for sin(s) against God, the presence of a demonic spirit or entity residing within a person, and a metaphor for embarrassing and shameful ignorance.

Arguably the most well-known verse concerning disability as spiritual impurity comes from Leviticus 21:16-21:

“The LORD said to Moses: ‘Say to Aaron: None of your descendants, throughout their generations, who has any blemish shall come forward to offer the food of his God. Anyone who has any of the following blemishes may not come forward: he who is blind, or lame, or who has a split lip, or a limb too long, or a broken leg or arm, or who is a hunchback or dwarf or has a growth in the eye, or who is afflicted with sores, scabs, or crushed testicles. No descendant of Aaron the priest who has any such blemish may draw near to offer the oblations of the LORD; on account of his blemish he may not draw near to offer the food of his God.”

In this passage of the Bible, it is decreed by God that members of the priestly class are to be completely free from any noticeable blemishes or dysfunctions. This belief was based on the perceived need of ritual purity and holiness. Thus, disability was associated with impurity and, by extension, sin which was then used as justification for diminished participation (i.e. segregation and/or exclusion) of disabled people in the spiritual life of the community. Leadership roles were simply not allowed for those with disabilities, a belief which survives even to this day in some Christian churches and denominations.

Next, disability, especially in the form of blindness, has been used as a metaphor to describe a state of spiritual ignorance. One example of this comes from 2 Kings 6:17, a prayer from the prophet Elisha for his servant in which he stated “O LORD, I pray, open his eyes that he may see! And the LORD opened the servant’s eyes and he saw.” In “Disability, Society and Theology,” scholars Samuel Kabue and Esther Mombo note that repeatedly throughout both the Old and the New Testament “visual disability is a constant image used to refer to spiritual darkness” (28).

Another example comes from the life of Azariah, King of Judah. In 2 Kings 15:5 it is written that “God struck the king, so that he was a leper to the day of his death.” Azariah reigned over the land of Judah during a time of idolatry, a sin which violated what God had commanded. Though Azariah personally upheld God’s commandments, his subjects did not and so he was punished by God. The reasoning follows that if a person has a disability, he/she has earned it as a result of his/her disobedience towards or ignorance of God and His commandments (at least in the case of leaders). As a result, according to this passage, people with disabilities inherit, or are associated with, a spiritual stigma of being wicked or evil (or at least disobedient to God), seemingly less worthy of our help than able-bodied people.

Finally, negative examples are also present in the New Testament. One extremely relevant instance is to be found in Luke 11:14, wherein disability is supposedly caused by demonic possession. “[Jesus] was casting out a demon, and it was mute; when the demon had gone out, the mute man spoke; and the crowds were amazed.” According to this interpretation, demonic entities or forces residing within a person have impairing effects on the body such as muteness or blindness or deafness (i.e. physical disabilities). It is only when these possessions are eliminated, the demonic entity removed, that the person’s body is returned to a state of “normal” functioning (i.e. “health”).

The first parallel that can be drawn in both the Christian theological (moral) and medical models is that the disability is located internally to, that is within, the person’s body (or soul in the case of the moral model). With both models, there is a perceived dysfunction or malady to be cured or fixed. With the medical model, there is some sort of deviance from the so-called “normal” functioning of a body part or organ or one’s genetic material. It could be that there is a lack of something, perhaps a physiological function as is the case with paraplegia or decreased brain function as is the case following severe cranial trauma. Or there could be an excess within the person with disability’s body such as is the case with Down Syndrome (i.e. an extra chromosome). Regardless, the medical model focuses on deviance at large within the human body and its supposed proper functions.
With the theological model of disability, this same kind of censure is present, though the emphasis is on one’s soul, one’s spiritual condition before God, rather than the body alone. When disability is treated as a test of one’s faith, its presence could signify a lack of sufficient faith. For Jesus healed many people with disabilities, but he also rebuked those who did not have the proper faith. The lack of faith would then represent a deviance from what is spiritually “normal” or expected. Alternatively, when disability is treated as a spiritual impurity as with the priestly code in Leviticus 21, it could signify that a person is excessively sinful, that the person has committed an overabundance of sin that has stained or harmed their souls.

The second parallel shared by the medical and theological models of disability comes from the roles of those who cure/heal. Jesus as a healer, and priests before Jesus’s time, within the theological model of disability mirrors the role and function of the doctor or the physician of the medical model. Whereas Jesus healed people with disabilities using the spiritual powers and abilities of his words or other supernatural means, the doctor or physician of the medical model uses medicine, therapy, biotechnology, and surgical procedures. Though their methods are diametrically opposed to one another, the desired/anticipated result has been the same: elimination or reduction of the disability, thereby facilitating the person’s return to the (“healthy”) community.

And it is from the shared ground of the desired end-result for people with disabilities that both suffer from the same criticism: emphasis should not be on healing or curing the person with disability but on improving the social (or spiritual) conditions and sense of community that that person resides in. Feminist scholar Alison Kafer sums it up best when she says that there is too much attention being paid to “‘treat[ing]’ the condition and the person with the condition rather than ‘treating’ the social processes and policies that constrict disabled people’s lives” (5). In the somewhat related words of Sinead O’Connor, “Fight the real enemy.”

Conclusion
Christianity, historically, has had a negative and detrimental relationship with disabled people, denying them the opportunity to be leaders in their faith communities, shunning them as wicked, evil, or disobedient to God, and treating them unfairly and inappropriately. These practices and behaviors are derived directly from the theology of the Bible. There are numerous examples in both the Old and New Testaments that emphasize disability as a flaw, a defect, and a cause of shame and scorn. Moreover, what I termed the theological model of disability is actually quite similar to the medical model of disability, especially with regard to the harms (direct or indirect) that it imposes on Christians who are disabled in one way or another.

Danforth, Scot. “Liberation Theology of Disability and the Option for the Poor.” Disability Studies Quarterly 25.3 (2005).

Patterson, Sue. “Disability and the Theology of 4-D Personhood.” Theology and the Experience of Disability: Interdisciplinary Perspectives from Voices Down Under. By Andrew Picard. London; New York: Routledge, 2016. 9-20.